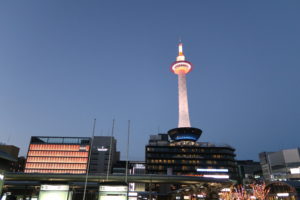 Can a stream of photos be cliche? Let me show you the ways.

The first three days were freakishly warm for late November. 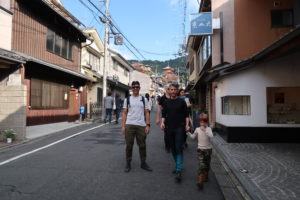 The last day was very windy and cold.  In fact, it snowed in Chiba the morning after we returned. 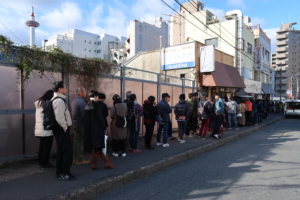 This line took hours. The ramen was good so all’s well, I suppose. 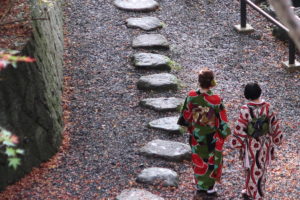 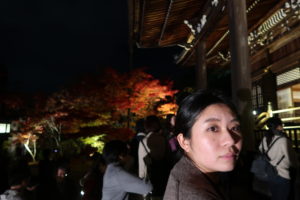 So many people. Could only describe it as a zoo.

It was the very middle of high season for autumn colours. 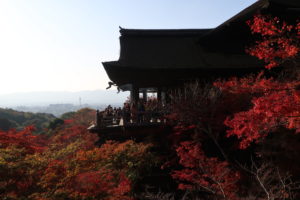 No meaning, but the side profile reminds me of a lion.

Also, it was high season for tourists from all over. 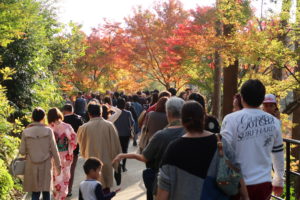 At first I thought they were trash receptacles; turns out they’re for plastic bags for visitors to carry their shoes. 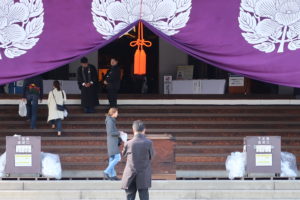 Not visible in these shots, but electrical outlets, display TV’s, (internet??) in and around most temples / shrines was off-putting.

It was easier than pie to get traditional looking shots. 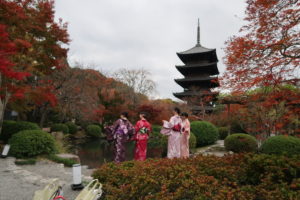 Eikan-do was so crowded.  Below, somehow, there are no people. 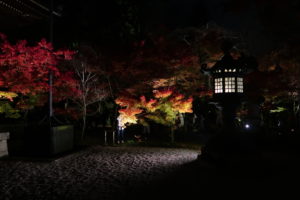 This is an interesting shot but it really requires post production work. 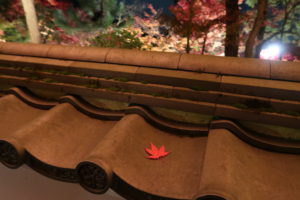 “Too bad it’s out of focus. Needs to be cropped and the washed out bits need to go.”

Everywhere you looked, the scenery was grand. 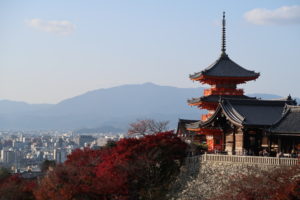 A view from the backyard. 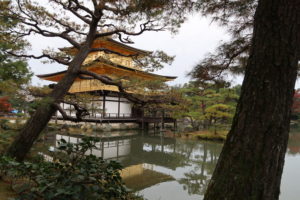 A nice shot but a look at the waves of visitors immediately behind me might have been more interesting.

In summary, Kyoto was stunning in its beauty, the number of tourists packed into each attraction was staggering (literally), and the weather cooperated just enough to make it a very nice trip.